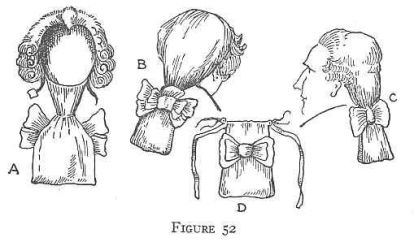 A description of General Washington during the war was published in 1823 which coincides with what was expected from his troops. “His dress. being suited to the road, was simple and plain, but such as was worn by the higher class of his countrymen: he wore his own hair, dressed in a manner that gave a military air to his appearance, and which was rather heightened by his erect and conspicuously graceful carriage. His whole appearance was so impressive, and decidedly that of a gentleman…”.

“The oftener Soldiers come under the inspection of their Officers, the sooner will they acquire the method of dressing to advantage; it is therefore, necessary, that every morning at Troop-beating, the Companies should be drawn up in squads, and when the rolls are called, that the Serjeants and Corporals strictly examine the Men of their Squads, one by one, observing in a particular manner, that their Hats are well cocked, brushed, and worn, their Hair combed out, and the stocks put on smoothly, that their Shirts are of a proper cleanness, and in good condition; their Coats, Waistcoats, and Breeches free from rips or spots, or wanting Buttons; the Lace and Lining in proper order, and the whole well brushed; that their Stockings are perfectly clean, drawn up tight, and without holes; their shoes well blackened and buckled straight; their stock clasps, buckles, and Cloaths buttons extremely bright; their Beards close shaved; their Hands and Faces well washed; their side Arms properly put on; and that every particular about them, be in the most exact order.” – Baron von Steuben.

Orders/recommendations abound for a clean-shaven appearance, and H.M. 42nd Regiment of Foot [1783] specified, “runners [a sort of precursor to the sideburn] will be overlooked but no full-haired face will be passed. Top lips are to be shaved to and all”.

Von Steuben also advised that the officers should make sure the men’s clothes are whole and put on correctly, hands and faces clean, accoutrements properly fixed, and, “every article about them in the greatest order”. Those guilty of repeated neglects were to be confined and punished. Those who kept a remarkable appearance were to be applauded publicly.

Other writers discussed long beards, breeches open at the knees, dirty hands or face, etc. which were punishable infractions and instructed that the men should turn out, “well powdered, fresh shav’d, & [with] clean linen”. All agreed the men should turn out as clean, and dressed as well, as their circumstance would allow, but given the privations encountered during their service there were obviously times when “best” was sorely lacking.

A recruit was expected to quickly learn how to wash his linen, cook provisions, and keep his belongings in his knapsack which was to be easily at hand night or day. Bathing, morning and evening, was expected, although some orders were addressed to such men as wished to bathe, indicating it was not strictly mandatory. Those unable to swim were to take care not to enter too deeply into the water. Some specified bathing, or at least washing feet, three times per week.

Cleaning and oiling the feet and shoes rendered the men ever ready for marching.

While some accounts address clothing, some of what was discussed was not practical given the hard circumstances in which the men found themselves. Clothing wore out, shoes got holes, and hats failed to keep their shape when repeatedly worn in the rain.

The hair might be short or long but was to be clean and combed. It might be pulled back “pony-tail” fashion, and tied with a ribbon or leather, braided and then tied in like manner, to be tucked up under the hat, or not, or clubbed (turned back upon itself and tied with a ribbon or leather wrapper). Some officers requested the men keep their hair cut short and perhaps wear a “small wig” for wear in inclement weather. 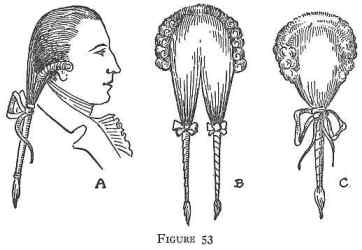 From the Regimental Orders of H.M. 23rd Regiment of foot, “Hair to be plaited and turned up behind with a black ribbon or tape, three quarters of a yard long, in a bow knot at the tye [sic]. Those men who have their hair so short that it will not plait are to be provided as soon as possible with a false plait”. 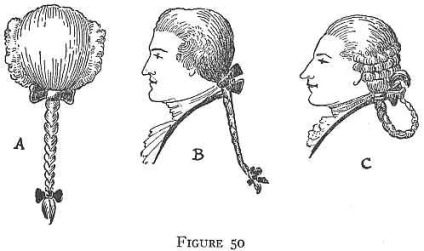 Dr. Benjamin Rush penned a letter to Col. Wayne, 4th Pennsylvania Battalion, in Sept 1776 in which he referenced General Howe’s orders and Count Saxe’s recommendations for short hair saying it prevented lice and dried quickly reducing the likelihood of illness from exposure with wet hair.

Side curls were not usually worn by the common soldier though some officers did maintain this style. In situations where a man with short hair was expected to appear with long dressed hair he might wear false hair, but full wigs were thought by some too difficult to maintain for the average soldier.

Bathing was, at least sometimes, limited to the morning and evening hours. Some orders, including those of Gen. Washington, explicitly forbade bathing between the hours of 8 or 10 a.m. and 5 p.m. In some circumstances, the orders were addressed to such men as may choose to bathe indicating it wasn’t mandatory. Often the men were restricted in location where they might bathe to reduce the chance of public display.

As one account explained, “women in canoes have been insulted and discountenanced by Men bathing” in the rivers. Major General Nathan Greene addressed this issue more straightforwardly. “Complaints have been made by the inhabitants situated near the Mill Pond that some of the solders come there to go swimming in the open view of the women and that they come out of the water and run to the houses naked with a design to insult and wound the modesty of female decency”.

With that, I bid you adieu.